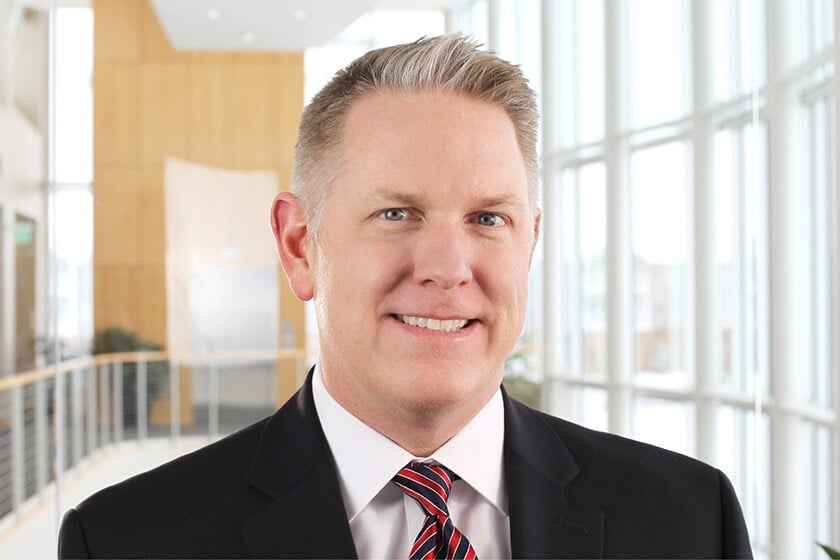 As one of Vance Thompson Vision's dedicated optometrists, Dr. Jason Schmit has more than 20 years of experience with laser vision correction and cataract procedures. He joined our Sioux Falls, SD team in April of 2013 after departing the executive leadership team of a national laser vision correction company and owning a private practice in Minnesota and is excited to be a part of our newly-opened South Sioux City location. Today, he lectures at national conferences and consults at U.S. ophthalmology practices on laser vision correction, cataract patients, and for those with ophthalmic conditions, like dry eye disease. Dr. Schmit is also well-known as an advanced tertiary care optometrist who evaluates and manages patients for oculoplastic surgeries, such as eyelid lifts, eyelid malformations, removal of growths on or near the eye, or dermatological conditions surrounding the eye.

Dr. Schmit's major expertise is in cataract and refractive surgery, corneal, and oculoplastics. These specializations make him an excellent addition to the Vance Thompson Vision team. He has played a significant role in advancing this practice by assisting in the opening of Kalon Medical Spa, our aesthetic center, the opening of the Dry Eye Center of Excellence, and the implementation of allergy and Sjorgren syndrome testing for our patients.

Dr. Schmit is a graduate of the University of South Dakota with a degree in Biology. He went on to earn his Doctor of Optometry degree from the Illinois College of Optometry and completed a fellowship in cataract, refractive, oculoplastics, and cornea management at Vance Thompson Vision. He also regularly participates in continuing education conferences and seminars to stay current with advancements in the field of optometry.

Dr. Schmit is a member of the American Optometric Association, board member on the South Dakota Optometric Association, Sioux Empire United Way, and the Optometric Council on Cataract and Refractive Surgery. He also volunteers with the Lion's Club and Junior Achievement (JA) since working in Sioux Falls. Dr. Schmit felt this was an excellent way to give back to his community, and he encourages others to get involved in JA as well.

Dr. Schmit and his wife, Lori, enjoy raising their two sons, Gavin and Gabe, here in Sioux Falls. On his time off, Dr. Schmit can be found participating in lots of outdoor activities, such as a round of golf, a tennis match, a day at the pool, or traveling with family and friends.

"Dr. Schmit and his staff were very knowledgeable and professional and made me feel very comfortable. As importantly they "listened" to me about my eye problems and prescribed specially prepared eye drops which solved my problem due to dry eyes. This was especially heartening to me as three other eye doctors from different institutions did not begin to solve my problem and basically "shined" me off. Dr. Schmit is an exemplary dry eye doctor."

"The staff and Doctors are very caring. I am so glad that I had the surgery I can't believe the difference in my vision. Can't wait to get the other one done. Thank you Dr.Schmit and Dr.Tendler"

"I was referred to Vance Thompson in July of 2017. I was having many issues with my eyes and it was affecting my sight. I was very concerned and scared. Those fears were quickly put to rest when I saw Dr. Schmit. I continued seeing him and in October things had settled down. Finally I could get glasses I could see with. I asked Dr. Schmit about the possibility of Lasik surgery. The tests began. We soon found out that because I had cataracts I was not a candidate for Lasik. However, I was for lens replacement. The surgery was scheduled. Dr. Tendler performed my surgery. The time she and the staff took with me before the procedure was a continuation from the time and care that I received from Dr. Schmit and his staff. The moment I walked thru the doors in July ~ to my surgery in December right thru my aftercare ~ I have never felt like just another patient. The time taken for me and the genuine care I received has been as much of a gift as my sight. I truly feel like part of their family. Connie Struwe"

"Dr Schmit & Dr Tendler were the Best! There staff and assistants were the best I have ever dealt with. Appointments were always on time, never waited around at all. I had Lasik done there in Nov 2015 and could not be happier with the results! Vance Thompson Vision gets 5+ stars from me!! Highly recommend!!"

Dr. Jason Schmit is well-known as an advanced tertiary care optometrist who evaluates and manages adult patients for all oculoplastic surgeries.

*Individual results are not guaranteed and may vary from person to person. Images may contain models.